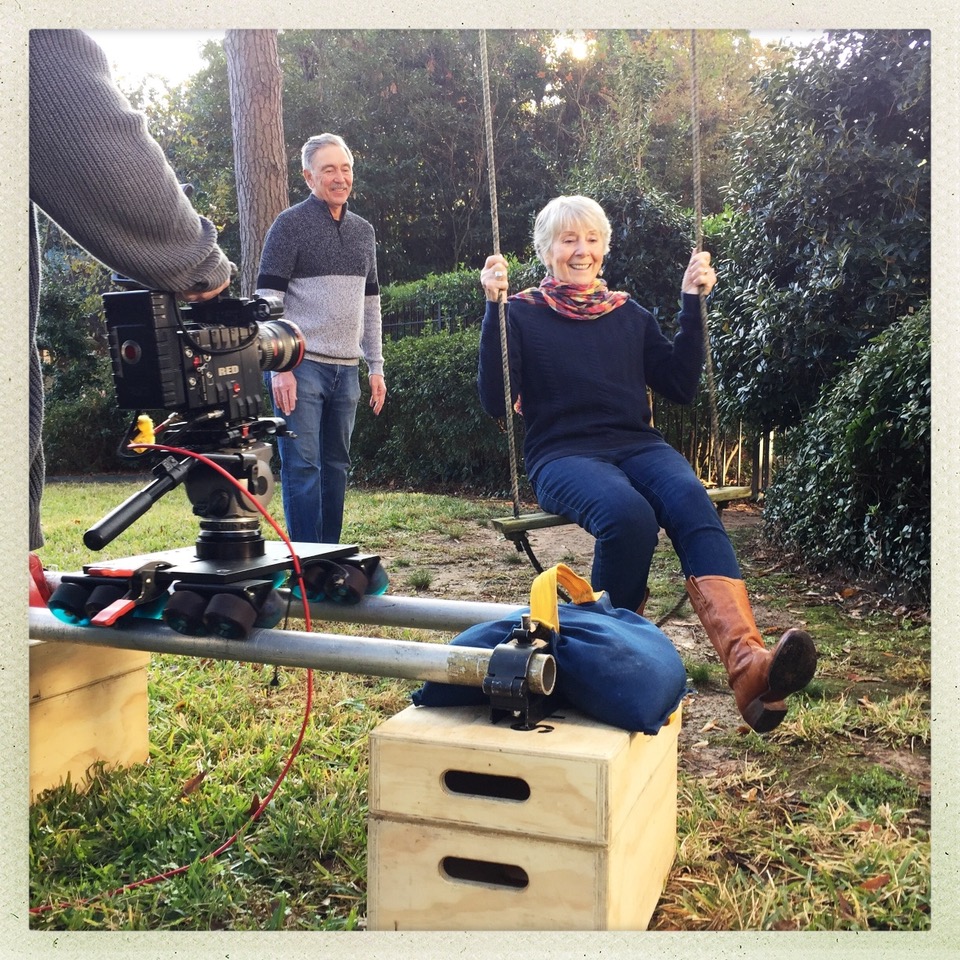 The team at CRM Studios Shreveport is largely self-sufficient when it comes to video production services. But when extra hands are needed, crewmembers from our Dallas studio are ready to lend a hand.

That was the case during the first week of December when longtime client Willis-Knighton Health System approached the Shreveport video production team about a suite of TV commercials. Our crew was given the opportunity to shoot three different spots, but they had to be done quickly and efficiently to meet the client’s budget.

Rather than hire outside help to fill out the necessary crew positions, CRM Studios sent three of its Dallas studio crewmembers (including the production van) on a three-hour journey to Louisiana.

Ensuring they observed COVID-19 protocols for video production, each of the Dallas crewmembers drove separately to Shreveport. Cameraman and gaffer Tom Richards loaded up the equipment and drove the van, while director and CEO Steve Dunning and Director of IT and Broadcast Engineering Michael Murray came in their own vehicles.

Once they arrived at the Shreveport video production studio, they met up with the “Shreveport Trifecta” to review their strategy: Director of Broadcast Production Greg Lawrence and Videographers Kevin Alexander and Danny Foots.

In order to keep costs down, they would need to capture all required footage in a quick three days of video shooting. A total of five locations had to be covered featuring interior and outdoor shots – at both daytime and night.

Talent would need to be kept separate while the crew would keep social distance from each other and the talent as much as possible.  Masks donned, hand sanitizer applied and temperatures taken, the video production crew was ready to get started.

Day one, the team started in a concert hall at Centenary College. A professional pianist was employed whose nimble fingers represented the elegant precision of surgical robotics.

From there, the team traveled across town to film at an actual surgical suite at Willis-Knighton’s North Campus. CRM Studios has ample experience shooting medical and healthcare videos, and that experience paid off nicely. We were able to get the shots the client needed while keeping a low profile and honoring HIPAA safeguards. Day one was a success.

Day two, the team started in a private residence in Shreveport.

For this particular scene, we were fortunate to be using a local family at their actual home. Logistically, this saved everyone a considerable amount of time and effort — both of which translate to reduced costs in the long run.

In fact, the second location of Day Two was a cabin at Caddo Lake that also belonged to the local family. Lifestyle shots of chopping wood, boating and roasting marshmallows were a testimonial to the health of this former Willis-Knighton patient. Our drones captured stunning aerial shots while an assist from our Skypanel S60 gave us the kiss of moonlight we were looking for.Day two was another success in the books.

Day three gave the film crew a bit of a break, requiring only one location.

Again, a lovely home occupied by the talent made the process about as efficient as it could be. There were indoor and outdoor shots to grab, and the weather cooperated just enough that our crewmembers were able to complete their tasks relatively dry and mud-free. Beautiful fall foliage accentuated the outdoor setting and filled the frame with a calm environment suitable for slow motion shots of a husband and wife enjoying their tree swing.

The footage was captured, the files were downloaded, and now Kevin and Danny, our Shreveport videographers, could put on their editing hats to complete this ambitious project. CEO Steve Dunning submitted additional edits as well.

Three TV commercials in three days could have been a daunting and costly experience, but with our team of experts working together for a shared goal — even under the extraordinary circumstances 2020 has thrown our way — it was anything but.

A successful team effort requires creative thinking, careful planning, and the right crew. CRM Studios has all three. Put our team to work for you. Contact CRM Studios for your next video production project.